Hard to believe, but we are less than three weeks from the end of our term. Even as we see weather reports of more snow in New England, it feels like mid-summer here. Today was 82* and we were working on a roof. :O( We know better than to complain about the heat. It’s supposed to moderate back into the 60s next week. That’s better working weather for us, but the locals call it COLD!! (They wear parkas and scarves when it’s in the 50s)

Last week we spent the entire week on one electrical upgrade for a 42 year-old woman with cerebral palsy. Virginia is confined to a wheelchair, but is trying to live on her own, and in her own home. She is unable to work and has a yearly income of less than $8K a year. Our first task was to upgrade her electric service panel. (where the power comes in at the meter) The existing panel was very likely the original – which would make it 60 years old. The box had only two screw-in fuses and only 12o volts. One of the things Virginia had hoped for was an electric cooktop, so that she could reach the controls and the pans from her wheelchair without reaching over the flame of her gas range. Because she didn’t have 240 volts required for a cooktop we had to first upgrade her system. Some of the wiring was so old that when we removed the old panel the insulation on the wires going into the house just crumbled, and when we tried to reenergize the lines, the new circuit breakers tripped. That meant half a day of repairing the old wiring, which was inside the concrete block walls.

Since the walls were concrete (and houses don’t have basements down here) Eli ran the wires for the new cooktop on the outside walls through metal conduit, then through the wall into the kitchen. First she fitted and attached the conduit, and then we had to pull all the wires through. Scott was able to find a used cooktop (donated) and another CHRPA worker came and installed the cooktop in a new countertop.

Since the electric service panels in Arizona are installed outside (and are usually 6 feet high) Virginia would not have been able to reach the circuit breakers, so we installed a “sub-panel” in her bedroom wall, low enough that she can reach the breakers from her wheelchair. That job was probably more complicated than the new outside panel since every circuit had to be rerouted through conduit and into another new panel mounted in an interior wall in the house. When the work was done and our mess cleaned up, Virginia allowed us to take a picture of her with her new cooktop. (She was practicing her stirring) 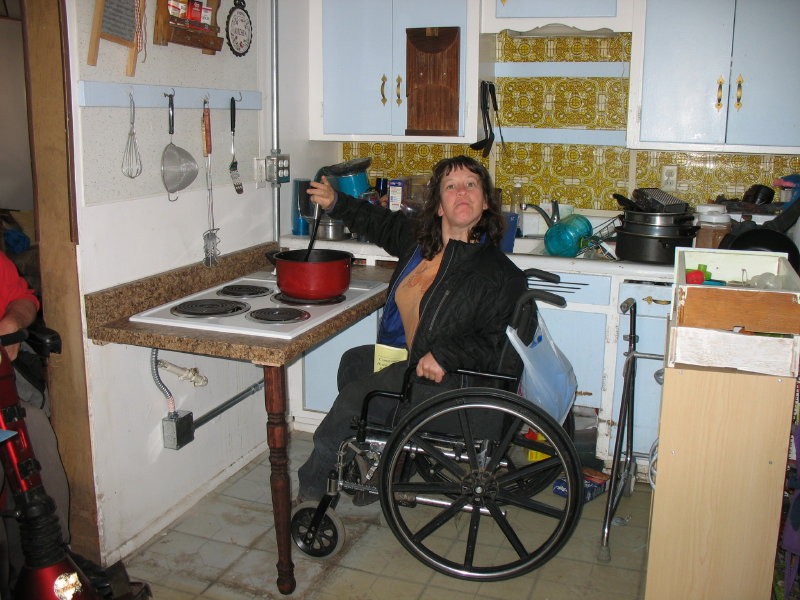 This week we started another upgrade for a young couple in South Tucson. They are trying to work on their home themselves and are doing a nice job, but the electrical system had been “monkeyed with” and was beyond his ability (or finances) to correct. We started that job yesterday and reached the inspection stage today. Assuming that our work passes we will return late tomorrow to begin connecting the existing wiring to the new service panel. Just so you understand what I’m talking about every time I mention a “service panel”, here’s a photo of one of our earlier jobs: 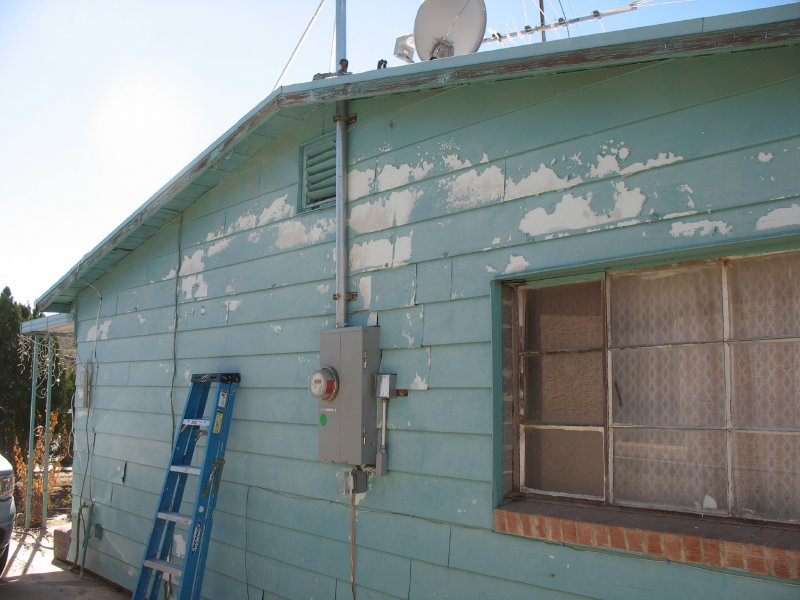 This afternoon we went to look at our next upgrade that we’ll begin tomorrow morning. The family currently has no gas to their home, and consequently no heat – and from what we saw, it’s doubtful that their furnace would have worked anyway. That seems insignificant after my mention of 80* temps, but earlier in the winter months the temperatures can get into the 20s and teens, and homes here, especially those of the people we work for, are poorly insulated, if at all. A leak was discovered in the gas line (imbedded in the concrete floor) and they didn’t have money to have it repaired, so the gas company shut off the gas and removed the meter. CHRPA will soon be replacing the gas lines AND the furnace. The family’s water bill was in arrears, and so the water was shut off too. A “good Samaritan” (sort of) neighbor, came by and turned the water main back on for them, but the water department discovered the “good deed”, and now the water has been shut off again and a lock placed on the main. That problem will have to be addressed by the family. So at the moment the family has no gas, no water, and a dangerously defective electrical system…AND a leaking roof. So Eli and I will repair the electrical problems, CHRPA will repair the gas line and replace the furnace, and CHRPA will contract with a roofer to replace the roof.

About three weeks ago we worked for Melvin, who lives in a very old mobile home, also without heat, and with only an extension cord run in his bedroom window for power, and to run an electric heater. Our “nightmare scenario” here is hearing the client tell us that a neighbor down the street “who knows a lot about electricity” came and tried to repair his electrical problems. That always sets our teeth on edge. Well it seems that Melvin’s “friend” came by to repair not only the electrical panel, but also the furnace. He tore into both, got in over his head on both, and then left – never to return. Melvin said his furnace hadn’t worked for over 5 years! And more than half of the plugs and lights in his home hadn’t worked for about the same period. Eli and I tackled the electric and found it beyond repair, and so we replaced the entire electric panel, and the feed into the home. When we were done and began turning on the new circuit breakers Melvin walked around the house and kept repeating: “I can’t believe it…I can’t believe it.” You mean THIS works now? My microwave will work? The lights work? Later the next week Tim, one of the staff workers, replaced the furnace with a new one. Then he replaced Melvin’s front door. The work request that we had received from the county “Council on Aging” said to “Repair or replace” the front door. Which option would YOU have taken? 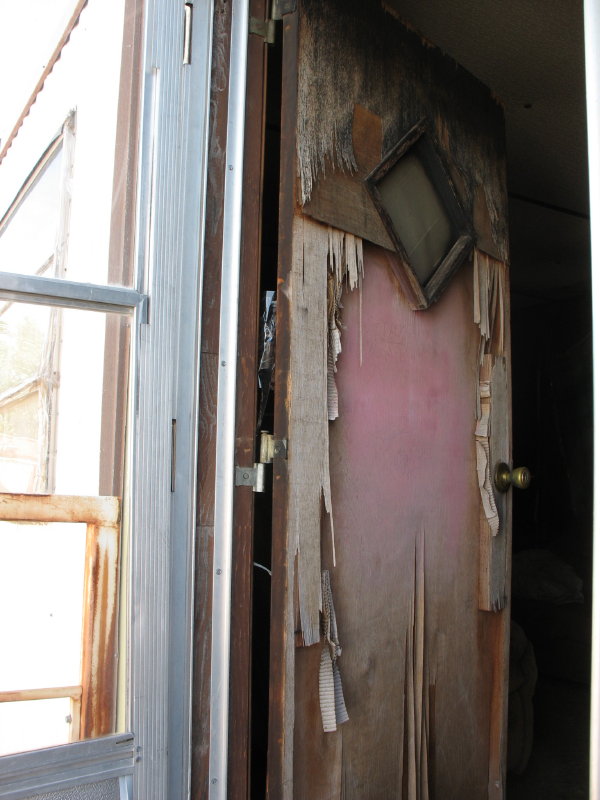 Melvin’s living room floor also had a few holes, so another CHRPA crew was there two weeks ago and repaired his floor.

CHRPA has been in existence for 22 years, and there seems to be no end to our job security.

And on the subject of CHRPA….here’s a link to their website. Take a look! http://www.chrpaz.org/

Thanks for your continued prayers and financial support.

Statements of Faith and Covenant